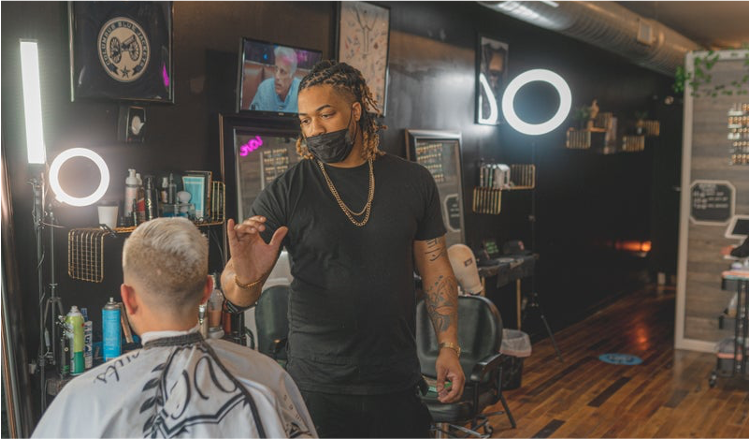 Sean D. James is a Columbus, Ohio native and licensed barber for 5years. Owner of @studio_6_Columbus along side with his wife Leana James. Before embarking on his hair journey he was a standout D1 Track athlete and graduate from Eastmoor Academy he also is a former Jr. Olympic competitor all during HS. After leaving for a year he Joined the United States military (Army) where he served 6years and explored the world in his combat deployments. In Sean’s (@veteran_cuts) barbering career he has has the largest professional sports clientele in Ohio. Tan ding from the Columbus Bluejackets and the entire 2020 Columbus crew MLS World championship team!Along with a growing hair brand “VC”. Sean’s future plans are to establish his brands in stores nation wide along with creating an online learning academy for future barbers worldwide!

Subscribe to our newsletter
Thank you! Your submission has been received!
Oops! Something went wrong while submitting the form.
Featured articles

The Best Ways to Keep Your Natural Hair Healthy